The Planmeca exhibition at IDS 2019 was quite impressive, to say the least. Over the past years, Planmeca seemed to have fallen in the shadows a little with releases of other CAD/CAM systems. Obviously, the brilliant minds in Finland have been busy at work as in IDS they have showcased a number of very promising products.

It is great to see that Planmeca is back as a high-level competitor in the CAD/CAM and digital dentistry scene. There are 3 major announcements we will cover. This is a lot more new products than most other companies. 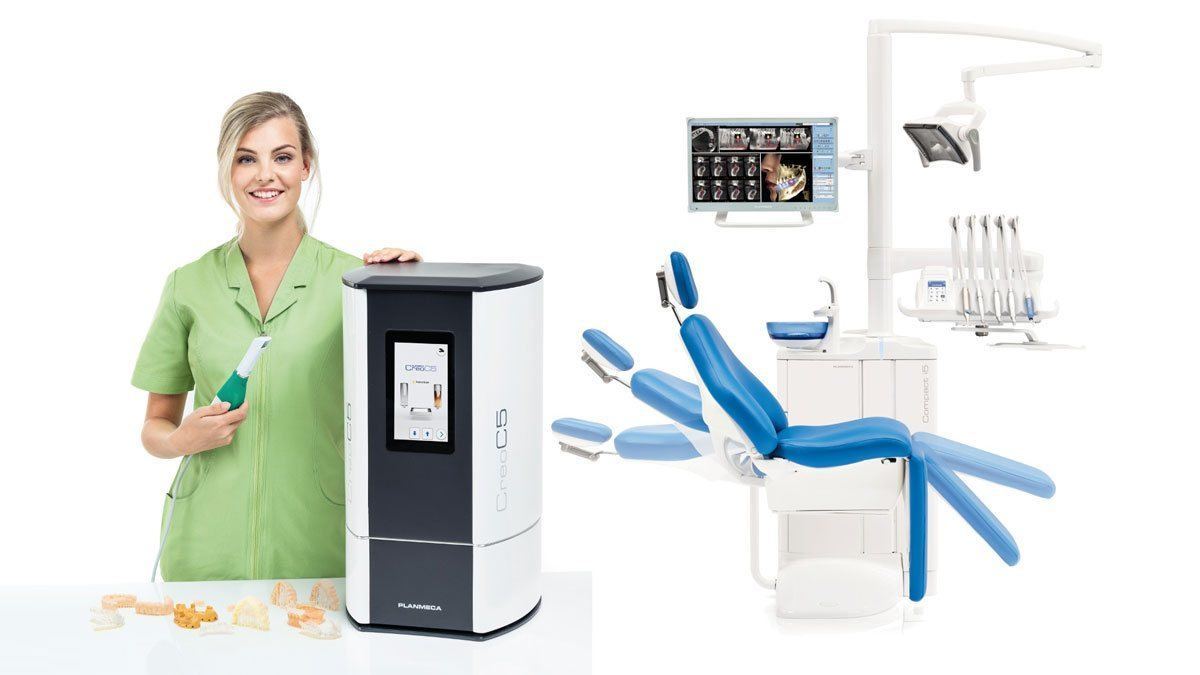 The CREOS 3D printer is a newly released printer by Planmeca designed for the dental office rather than a lab. We had the privilege of speaking with Mr Tero Rakkolainen, one of the lead designers of the printer, who gave us an in-depth demonstration of it.

Our first impressions are that the printer looks great. It has a very nice design and would compliment any dental office. It does not feel or look like most other printers in the market which look more industrial. Instead, this printer looks modern, sleek and has a minimalistic design.

The size of the printer is a very good size to have in a dental practice, it is very slim and low profile, this would easily be placed on any dental office bench.

The platform size is smaller than other competitors on the market, however in saying that, in our experience, this should be more than enough for use in a dental office. What we are told is that 6-8 models should be able to be nested vertically, and 3-8 surgical guides at each time.

From what we are told, the speed of the printer is faster compared to competitors. Again, this comes back to the design philosophy of the printer, as it is clear this is made for a dental office with dentists and same day dentistry in mind. We have been told it will print a single arch in 16 minutes.

The cartridge system of the printer is different from other printers on the market and seems to be a great design idea. Most other printers have large bottles of resin that can be a storage and handling problem. With this printer, the resin is loaded in small cartridges which we think may make it very easy to store and control stock.

From what we are told the running cost of the resin reservoir is cheaper than other competitors and it is supposed to last longer. We will need to test this in the clinic before making any other statements.

The overall cost of the printer is also very attractive. We are told the printer will be priced at $7000 - $8000 USD but this is to be confirmed. 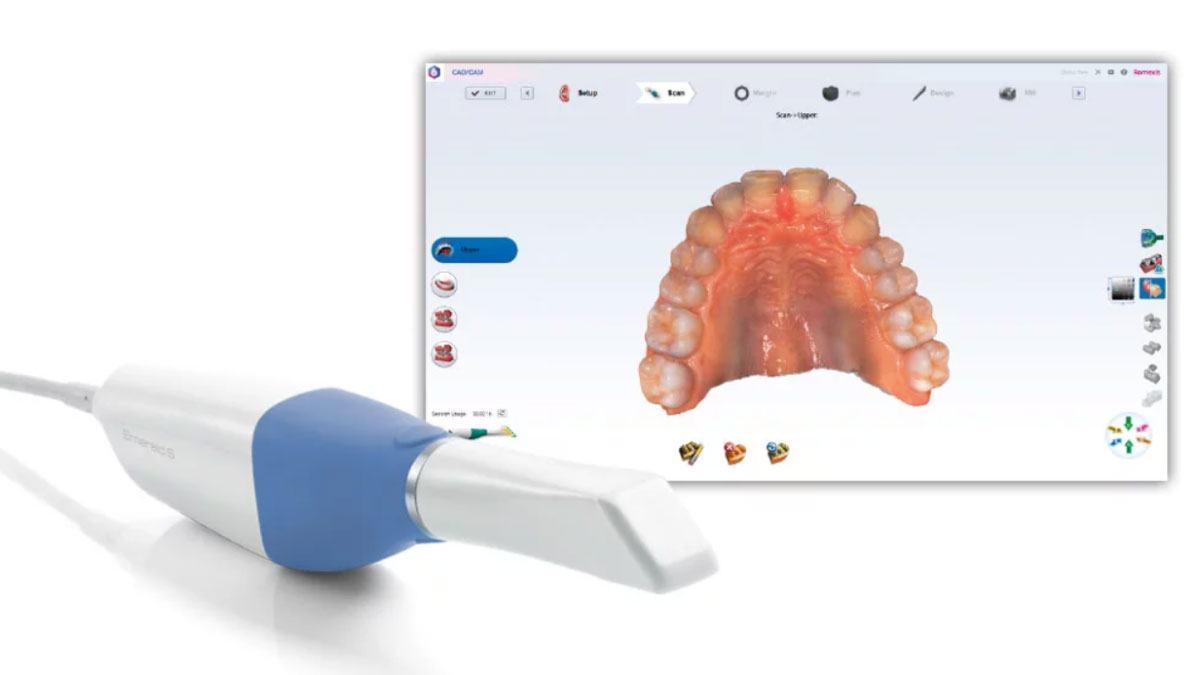 We have been told that it is more accurate and faster than the Emerald. We tried the scanner on models and it there is definitely a clear improvement in the scanning speed. We don’t really think model scanning is a good test of a scanner anymore and we will wait until we get the scanner in the office to trial intra-orally before making our mind about it.

More importantly, however, is the vast improvements in the UI and software. Based on our review of the Planmeca Emerald, we made it clear that the scanner was let down by an otherwise dated and old fashion software. There have been major improvements in the software and it looks a lot nicer and feels more streamlined.

The Release of Romexis 6.0 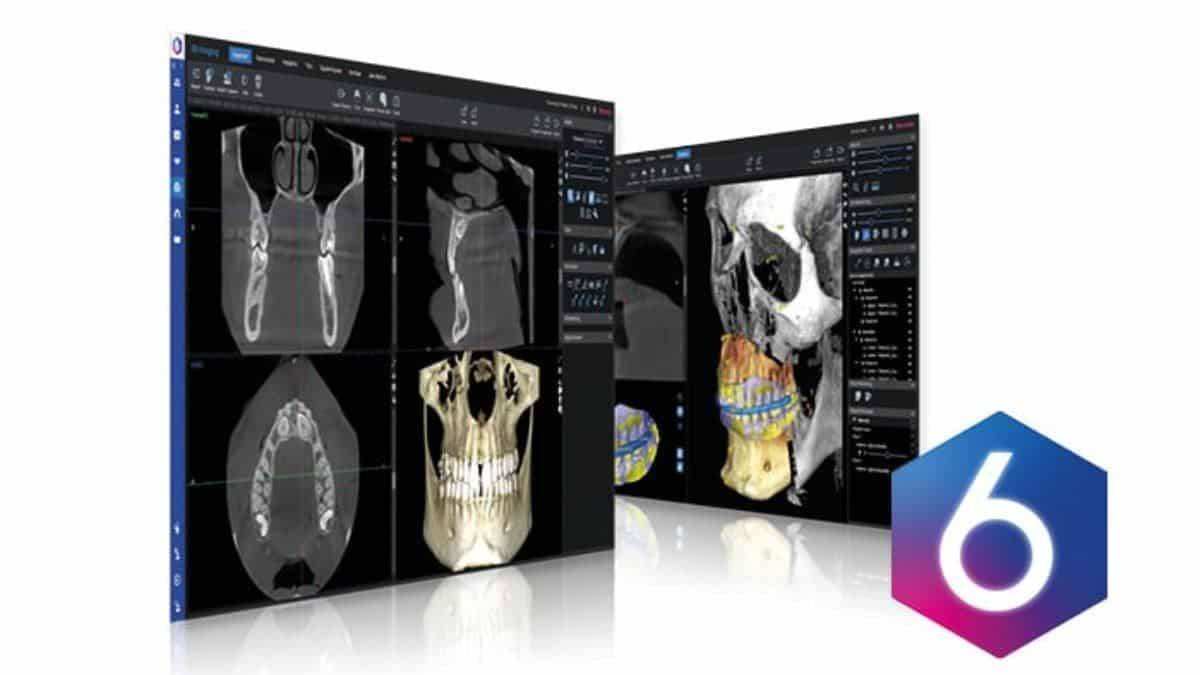 Finally, the release of Romexis 6.0 This was again a much-needed improvement in our opinion. As we said above, it felt like the Romexis software was lagging behind and to see how much advances have been made in the 6.0 version is great to see.

The focus it seems with Romexis 6.0 is usability and streamlining many aspects of the software. The software also looks much better and more in-line with what we expect with modern systems.

We were shown many demonstrations but we cannot make any detailed comments about the software until we get back to New Zealand and use it in our dental office.

From what we saw, the software did seem faster than previous versions and again, it is great to see advances being made not only in the hardware but also the software.