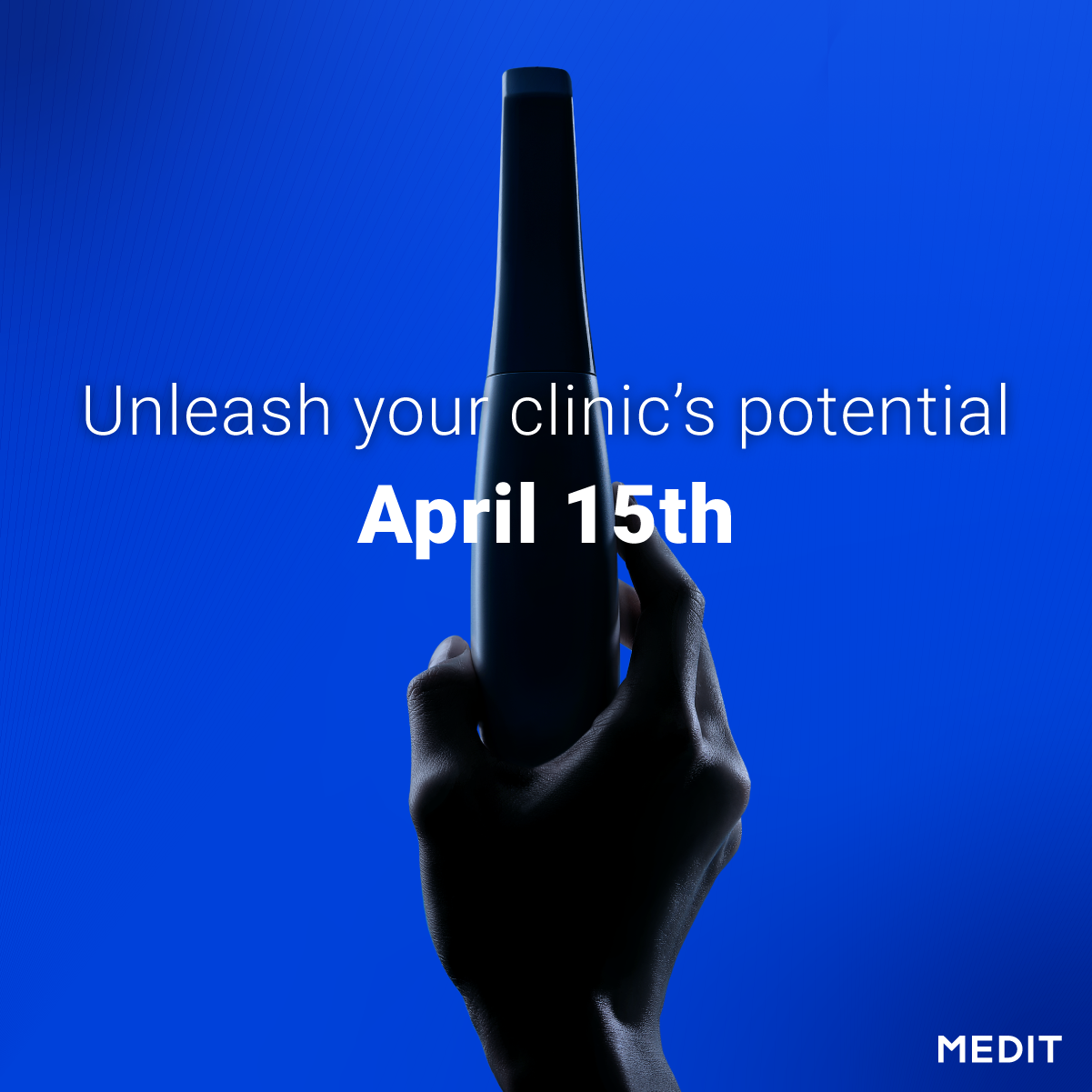 The new Medit i700 Intraoral Scanner has been announced.

No this is not an April Fool's joke. The team at Medit have just announced a new intraoral scanner (IOS) - called the i700.

All details about this new scanner have been reviewed and summarized here. Click to read more.

This exciting announcement will be a surprise for many. The Medit i700 will be the first completely new intraoral scanner release from any company since 2019.

Few details are known at this stage and fewer we can share at the moment, but if you are interested we recommend you sign up for the Medit i700 launch event. This will be happening on the 15th of April 2021.

What we can gather from the released info is that the new Medit i700 is expected to be much faster than its predecessor, has a newly designed scanner body and head, and has some form of 'UV' indicator that can be toggled on of off. Although there is talk of it being wireless, it doesn't seem so.

For a bit of background, Medit entered digital dentistry with its first lab scanner in 2013 - the Identica Blue. After establishing themselves as a lab scanner provider, an extensive period of research and development began in preparation for the next logical step, an intraoral scanner. With the release of their first intraoral scanner in 2018, the Medit i500, the company disrupted the entire industry. The i500 has quickly become an industry favorite as a low cost and high performing scanner. We reviewed the Medit i500, and found it performed amazingly well for it's price. Click here to read the review.

The team at iDD are looking forward to releasing more information in due time and reviewing the i700 once the NDA is lifted.

Sign up below to receive updates on our next digital dentistry articles and CAD/CAM Reviews!

Read more of our popular articles and blogs below:

CEREC’s answer to Invisalign. How does SureSmile Ortho measure up?

iTero Element 5D Plus Review – the Fastest iTero Scanner Yet!